When making a live CD, it’s always important to keep in mind the longevity of the album. Will this be a good representation of the band years down the line? For example, Bad Religion: Their live album came out shortly after the Gray Race and you can tell because almost every second song is off of the Gray Race (Which is considered one of their weaker albums) It makes the classic mistake of dating itself by focusing on the most recent album at the time.

Lagwagon has successfully made a live album that encompasses every release in their career and will stand the test of time! The song choice is a mix of old and new and a few fun songs that they could only get away with live. 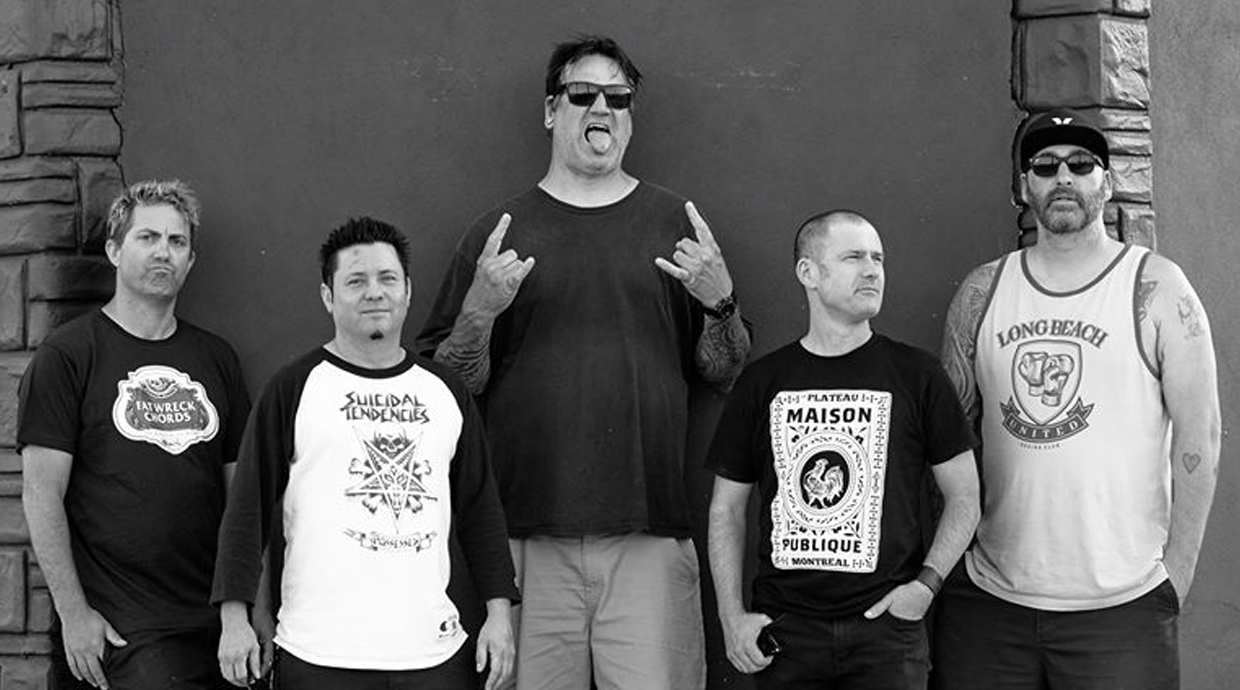 It has “Beer Goggles” from “D’uh” which they mention as being a song they don’t like to play so if it’s a favorite, this could be your only chance to hear it. Other highlights include “Violins” from their 1995 album “Hoss” and fan favorite “Stokin’ the Neighbors” from the 1994 classic “Trashed”.

One of the strengths of live albums is that you get to hear all the between song banter and get a sense of the band’s personality and stage presence. Unfortunately a lot of the humor just doesn’t translate well to a CD. For example they have a song “Coconut” that would be fun live once, but really wasn’t necessary to be on the disc and disrupts the punk rock flow. The humor does work on “Back one out” which is a variation of their cover of “Mama said knock you out”. This is actually one of the best segments on the CD with some great dialogue between Joey Cape and Chris Flippin.

As with all “Live in a Dive” albums the CD booklet contains a mini comic book. It depicts the band as a bunch of serial killers and also features that scary chick from the cover of “Let’s talk about feelings”. There’s also some extra CD ROM features to check out. They have a live video for Mr Coffee (Which wasn’t included as a song on the CD… why?) and then after that a pretty entertaining interview with by Fat Mike.

They also have a couple of new songs. “The Chemist” which has the classic Lagwagon sound. It’s worth having on here and gives fans another justification to buy the CD. There’s also a 40 second song called “Mister Bap” that has to be an old punk cover or something. Before the song Joey sarcastically declares “This is the best song we’ve ever written” but it totally sounds like a cover. It sounds good though and is a good departure for the band.

If you like Lagwagon and you like Live albums, this is a well done package with only a few minor flaws.

It was almost hard to pinpoint exactly how I felt about this band at first. They have this ripping metal sound, but also a math rock sound. The CD as a whole is really sick, I love how hard the riffs would seem to grind at my head. It’s amazing that these guys actually came out of the Midwest, Cleveland to be exact. There is no doubt of talent when it comes to them. It’s great when a band can reach down and rip your own intensity out to make you feel what the band is trying to communicate. Which is an empty loud sound of everything you love to hate.

The band has 2 previous releases, but Subject to Change seems to be of their best yet. The violence of this album just seeps out of just about every chord and vocal, but there is still a softness in there at various moments. I love the way it’s used, to bring the whole harshness down a couple of notches to give even more depth to the music. It’s an all around amazing CD, with many amazing tracks. My pick of the lot being number 6, “HMG.” It may only be a 1:45 long, but the longing reaching melodic rock sound brings in just a ground sound mixed with blinding ripping metal on the various other tracks. It’s a truly great must have for anyone with an emotional rollercoaster going on inside them. 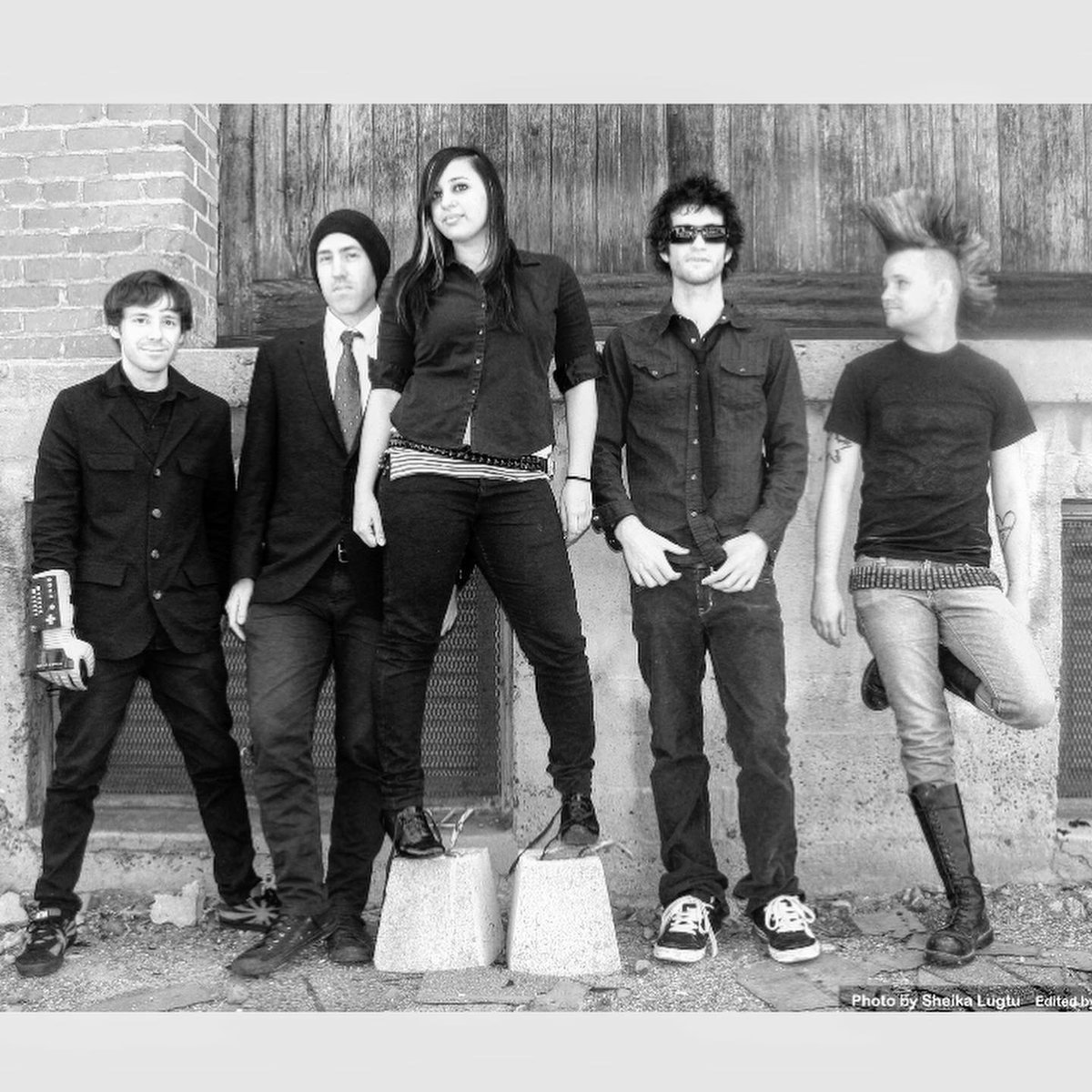 I had never heard of these guys before, but as soon as I picked up the EP and saw four punk kids, one of which was sporting a Ramones T-shirts, I knew that they were gonna be OK. I’m happy to report that some albums can be judged by their titles.

In Stereo kicks out 6 catchy pop songs that make you want to drive your car at unsafe speeds. These guys remind me a whole lot of The Gamits, one of my all-time favorite bands. Their songs are catchy, well written and fun enough to sing along to. I’d like to see them dive headfirst into the bubble-gum punk sound by adding some Beach Boys style background vocals, or perhaps a few handclaps here and there. Be sure to keep your eye on these guys because something tells me that their next release is going to blow the lid off all that other crap out continuing to stink up the pop punk genre.